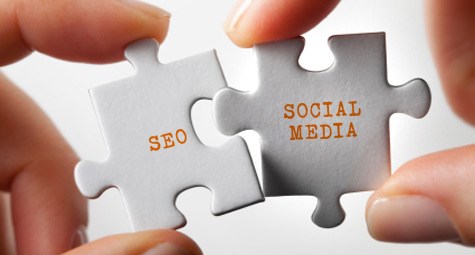 The web has been evolving every passing day and so have been the search engines. The emergency of social media has had a significant impact on SEO’s. The popularity and the relevancy of the SEO have changed through social media and blogging.

Every one of us these days is a publisher. Each person has a voice, and a vote, through platforms such as social media platforms which includes Twitter and Facebook. The ease of use of the social media platforms and their popularity has literally changed the relevance of the SEO since backlinks provide only half of the story. A lot of data is being produced by people and which is enough to measure the TRUE popularity.

Let’s first look at the Google Analytics. By using the Analytics media, Google can be able to measure the level of social engagements from the social media websites, interactions, and traffic. Google will also be able to reveal the number of visitors that you receive on your Facebook account, the amount of time the visitors spend on your timeline, the number of pages they viewed, and more. You can also use such data as part of the algorithm to make an engagement value.

Since they may not be able to get direct access to data from Facebook and Twitter, Google can be able to measure the level of engagements based on the Analytics numbers. The basic engagements numbers such as the likes and retweets will be added to the ranking algorithm.

By measuring social media engagements, blog comments, analytics, and time spend on site, Google will be able to measure the user satisfaction and then later make a point system that corresponds to the value of that website. If you want to determine the kind of data that Google might be tracking, a dashboard which looks like a CYFE can help in benching marking of the social media growth.

Google has invested much in Google Plus, since it is a social medium platform that they can easily track in full. The Google Plus provides enough data of what people love most, and the general feeling across all brands, and if Google can be able to get more active users on the Google Plus platform, the better for them.

If you use Google Plus to measure the social media data, then the disproportionate links which are usually given can be corrected, and the social media signals will be able to go up to their rightful place as one of the essential parts of the ranking algorithm.

Why it is difficult to separate SEO from the Social Media

When you want to create an online marketing strategy, you have to place a lot of emphasis on content development, since the content is the key to social engagements. The content you create will then generate both the links and the social shares, and which will soon be used in measuring the popularity, and the rankings.

2 thoughts on “The Impact of Social Media Shares on SEO”

We are now accepting guest article and guest blog post. For inquiry, email us at [email protected]